Areas and Districts of Kaunas Part I

Kaunas is a fairly widespread city, with a larger center than one might think. From a tourist point of view, there are two important areas in the city, the old town and the new side of the city center, and in their area is located almost everything that should be seen during your stay. In addition, the city center next to the new side of the Žaliakalnis is a place where many visiting. 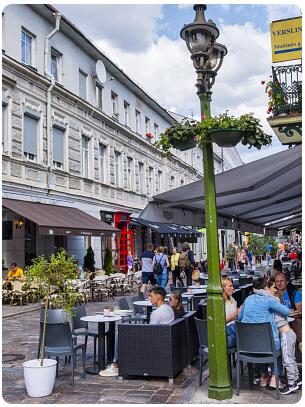 The history of Kaunas

The modern history of Kaunas began in the 1360s, when the fort was built, and the construction of the Old Town began in the early 15th century. Kaunas was a member of the Hanseatic League for some time, but many Teutonic Russians and Swedes invaded it in the 17th century, and at the same time the plague struck the city badly on two different occasions. In the 1730s, Kaunas was thoroughly destroyed by two successive fires, and its time as a city of the Polish-Lithuanian federation ended in 1795, after which the city belonged to the Grand Duchy of Russia.

In the early 19th century, Napoleon and his troops passed through Kaunas twice when France tried to conquer Moscow, and on both occasions the French troops totally destroyed Kaunas. In the 1860s, things changed in Kaunas thanks to the railway between Russia and Germany, which passed through Kaunas. In the late Russian era, Kaunas was home to about 75,000 people, but only about 6% of them were Lithuanians, others mostly Jews, Poles and Russians.

After the Russian Revolution, Lithuania succeeded in becoming independent, and Kaunas became the capital of the new country. This is reminiscent of various administrative buildings, of which the presidential palace is the most notable, and the development of the capital was rapid, as all sorts appeared in Kaunas while Vilnius was part of Poland: lots of funk buildings, industry and two funiculars. However, World War II interrupted development, and Lithuania was occupied first by the Soviet Union, then by Germany, and then again by the Soviet Union. It remained part of the Soviet Union until 1991, and since then the city has changed its appearance considerably. Today, Kaunas is the second largest city in Lithuania, with a population of about 330,000. 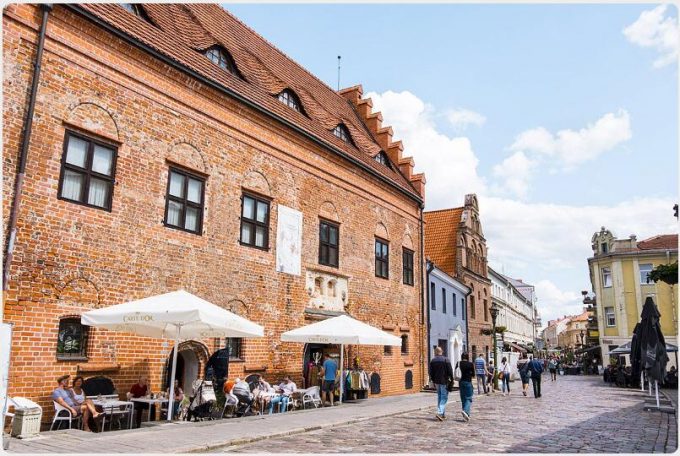 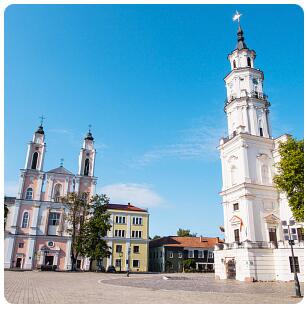 The restaurants of the old town attract the most tourists and locals in a festive mood, but it is also a popular place for locals to go for coffee and walk during the day. There are many of the city’s most important attractions, including the fort, town hall, several fine churches and unforgettable street views. There are quite a few places to shop there, but it is an area where many holidaymakers stay in Kaunas stay, as it is a diverse and charming area that is not met in Finland.

Central Square with its surroundings 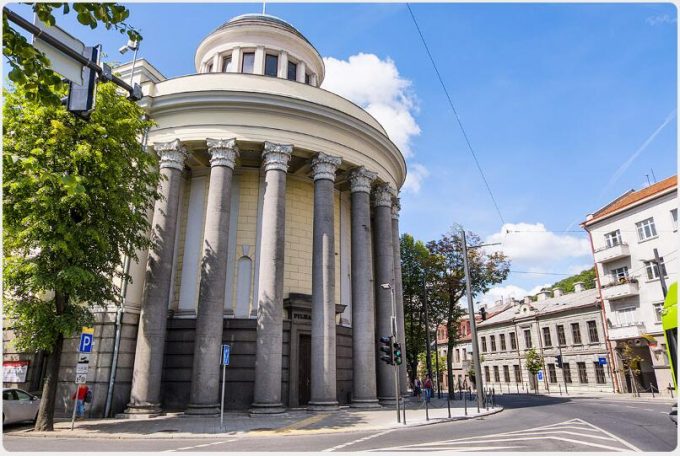 The Old Town Square (Rotušės aikštė) is the most significant square in the city and its most beautiful building is town hall. On the outskirts of the square there are many fine buildings that can be viewed from at least one of its terraces during your stay, and for example Jesuit Church (Saint Francis Xavier) is a large church representing the Baroque style, as it also includes a monastery and a school that is still in operation.

The square is wide and multifaceted and has many interesting details such as memorial Ladislas Starevich , who lived in Kaunas and was an animation filmmaker. Next to the monument are many beautiful buildings, including the Holy Trinity and next to it is a monastery and other beautiful buildings that can be explored by going to the courtyard.

The middle ground between the central square and the river is a bit worth a dip, and it is also worth going to the river bank, which is already outside the old town. There are a few museums in the block, such as the Sports Museum , and notable houses, such as Perkūno Namas, which was reportedly the only Hanseatic League trading venue in Lithuania. The building is Gothic in style, and many explore it from the outside, but you can also go inside, as there are tours and there is also a small museum presenting the life of the Polish romantic poet Adam Mickiewicz , who lived in Kaunas .

It is also worth walking on the river bank, which is not a wonderful place to visit in itself, but it is worth going there to see Vytautas the Great’s name. church, which is the oldest church in the city, and also named after this same, most famous Lithuanian Grand Duke bridge, once known as “the longest bridge in the world”. This was not due to the length of the bridge but to the fact that the one crossing it crossed the Niemenjoki, and the areas there belonged to Prussia. Kaunas, on the other hand, belonged to Russia, where a different calendar was used, and thus the one crossing the bridge was allowed to experience a 13-day time difference.

The main street of the old town is Vilnius street, which in summer is filled especially with the terraces of cafés, and always has a lively and today also a very international atmosphere. Along it there are many interesting shops, a wide variety of restaurants and the best nightlife in the city. Many side streets are also worth a visit, but there are almost no attractions along the street, except for the one at the very beginning. cathedral, surrounded by all kinds of buzz during the summer season.

There is hardly anyone living in the Old Town, especially today, when many residential buildings have been converted into tourist apartments, and it is in many respects a quiet area in the evenings, albeit with a lot of life during the day, with university buildings. However, you should walk along Vilniaus Street all the way to the underpass, and along it you can explore new parts of the city center.