On August 15, 2007, India turned sixty years old. The day was marked with party speeches and large parades. “We are a young nation, and the best is yet to come!” declared Prime Minister Manmohan Singh. Others expressed themselves in the same way, but the warnings were also many. In the same year, the Indian economy grew by just over nine per cent, and the outlook for 2008 is also good. Many refer to the country as “a new China”. Together, the two giants have 2.5 billion inhabitants. If they succeed, much will be gained in the fight against poverty in the world. Failing them, it will have serious global effects. That is why India and China also concern us.

Independent India was born on the night of August 15, 1947. Millions of Indians gathered around the radio to listen to Prime Minister Jawaharlal Nehru: “At midnight, while the world is asleep, India will wake up to life and freedom!” It was a historic blink of an eye, but the start was painful . At the same time, millions of Muslims left India to form their own state, Pakistan. The division led to bloody clashes between Hindus and Muslims, and millions of people fled both ways. Months later, Mahatma Gandhi, India’s great peace apostle, was killed by a superficial Hindu. Gandhi wanted peace and reconciliation, but on both sides there were fanatics who encouraged the use of force.

India had a population of 340 million in 1947. Most of them were illiterate and living in deep poverty. The average life expectancy was 42 years, and 182 out of 1,000 children born died before they were five years old. Ethnically , linguistically and religiously , the country was like a wild mosaic .

For a long time, the country was ruled by the Congress Party . The party wanted to gather the people across religions, castes and other divisions. But in the first decades, the party struggled to speed up the economy. The low growth of three to four per cent a year barely kept pace with the increase in the population. The state played an important role in the economy, and many experienced the suffocating bureaucracy as a brake. Foreign trade was small and the impulses from the outside world few. Nevertheless, the Indians managed to hold together, and India gained a reputation after a quarter as “the world’s largest democracy”.

The change came in the 1990s. For a long time, the Soviet Union was India’s most important trading partner, but in 1991 the union ceased to exist. In country after country, the rigid planned economy was abandoned. At the same time, economic liberalization in China began to yield positive results. Also in India, politicians realized that it was time for new measures. Market forces were given greater leeway , and the state sold out of a number of activities. Before the end of the decade, annual economic growth had risen to both six and seven percent. A growing middle class was able to afford expensive consumer goods, and car manufacturers rubbed their hands.

In one area, the Indians have done particularly well. In high-tech centers such as Bangalore and Hyderabad, they have developed an advanced software industry. The products are affordable and competitive, and companies in many countries buy them. Many have found it appropriate to leave parts of their production to Indian partners. The key word is “outsourcing” . In the internet age, long distances do not have to be a problem, and educated Indians speak good English. The new industry has provided the Indians with a welcome income, but it still covers only a very small part of the population.

Foreign trade has picked up sharply, and more and more companies are investing in India. In recent years, IBM, Intel, and Microsoft alone have invested $ 4 billion. The result is more than fifty thousand new jobs. Among the Norwegian players we find Statkraft, Norsk Hydro, Tandberg, Elkem and Det norske Veritas. But far more have been tempted by China. One reason why India is lagging behind is the weak physical infrastructure. Roads, ports and airports are not good enough, and the wealth of forms abounds.

India needs high growth, because the tasks are in line. But the country also needs a more even distribution of goods. Despite the progress in recent years, the gap between rich and poor is alarmingly large. The country has just over 1.1 billion inhabitants. One third of them live below the official poverty line. Half of the children are malnourished or malnourished, and 36 out of a thousand born children die before the age of five. Millions of children are forced to work, and many suffer permanent health damage.

At the other end we find a growing group of new rich. No country in Asia has more billionaires than India, a country located in Asia according to localtimezone.org, writes the financial magazine Forbes (March 2007). List contains 54 people. At the top is the “steel king” Lakshmi Mittal, who can boast 56 billion US dollars. In fifth place is software guru Azim Premji, good for 15 billion dollars. Like other newcomers, they live behind high walls, protected by armed guards, and the willingness to share with others is modest.

Also geographically, India offers great queerness. Populated states on the Ganges are particularly hard hit. Uttar Pradesh has 188 million inhabitants, Bihar 84 million. Both are characterized by poverty, illiteracy and constant caste feuds. In Kerala, a state in the south, the government has invested heavily in education and health. The result is not only higher growth, but also fewer differences and fewer caste feuds. Prime Minister Nehru promised free and compulsory schooling for all children in India by 1960. But the road to the goal is still long, and only six out of ten Indians can read and write. 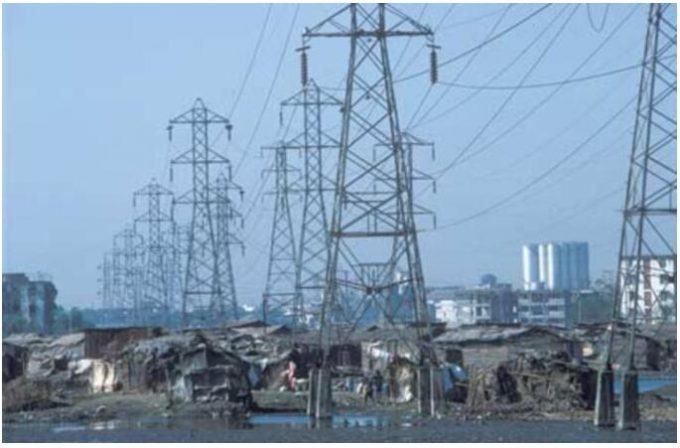