The most ancient poetic texts are the cantigas de amor, with a Provençal influence, the cantigas de amigo, with an amorous theme, and those de escarnho and de maldizer, with a polemic and satirical theme. Written in the courtly context by troubadours and jesters, but also by nobles and monarchs (Alfonso X of Castile, Dionysius of Portugal), they have come down to us in the songbooks of Ajuda, the Vatican Library and the Colocci-Brancuti codex. Furthermore, medieval literature includes imitations and translations of the novels of the Breton cycle: the Demanda do Santo Graal is fundamental, also for its moral and religious implications . Then there are the authors of chronicles, such as the Relação da vida da Rainha Santa Isabel, alongside the treatises of courtly or family customs (Livro da montaria, Leal conselheiro, Livro da falconaria). Historiography takes on a higher tone with the chronicles of Fernão Lopes (ca. 1380-ca. 1460) and Rui de Pina (1440-1522), apologists for kings but lively storytellers and often interpreters of political plots. Famous is the Amadis de Gaula, anonymous from the fourteenth century, perhaps a translation from Spanish, where the chivalrous theme takes on characters of passion and mysticism. With Francisco Sá de Miranda (ca. 1481-ca. 1559) literary institutions are born; the sec. XVI and XVII record the presence of Italian, French and Spanish humanism, but with national accentuations. The first true classical text is the Cancioneiro geral (1516) by Garcia de Resende, a very rich collection of poems of various kinds and by different authors.

The exceptional personality of the time, however, is Luís Vaz de Camões (1524 or 25-1580) who leaves an indelible mark both in the lyric, where he re-elaborates the Petrarchian modules in a personal way, and in the epic, with the famous poem Os Lusíadas in which the whole world of great navigations and conquests is summarized and enhanced by a free imagination and a prodigious verbal and musical inventiveness that gives the meter (the octave) an unusual breath. It is not only the triumph of the national spirit, but a representation of the human spirit itself as a heroic or tragic tension in the struggle with nature. The epic genre was highly cultivated: Gabriel Pereira de Castro (1571-1632) wrote an Ulysseia, Francisco Sá de Menezes (d. 1664) a Malaca conquers and Braz Garcia da Mascarenhas (1596-1656) his remarkable Viriato trágico on the protagonist of the Lusitanian struggles at the time of the Roman conquest. The influence of Camões is visible in some poems, including the Insulana (1635) by Manuel Tomás (1585-1665), dedicated to the island of Madeira.

In opera, the classical age extends to the whole of the eighteenth century, according to the various mediations of Gongorism, Pléiade, Arcadia, etc. Poets of particular expressive quality are PA Correia Garção (1724-72), Domingo dos Reis Quita (1728-70), João Xavier de Mattos (ca. 1730-89) and especially Barbosa de Bocage (1765-1805), in whom he appears an already enlightened conception of the world. Francisco Manuel do Nascimento (1734-1819), known under the Arcadian pseudonym of Filinto Elísio, announces new times with his hymns to the French and American revolutions. But not only on poetry the Portuguese spirit founds its classicism: a vast space occupies the theater, started by Gil Vicente (1460-1536) following a popular tradition. His works, in Portuguese and Castilian, can be divided into autos, comedies and farces: from devout ideas we pass to the most frank satire, with a capacity for creating types and scenic events that reveals an excellent craftsman of the show, as well as to profound psychological and critical skills. In the wake of Gil Vicente move Anrique da Mota, Alfonso Álvares, Baltasar Dias, João Escovar and others. Classical theater begins with Francisco Sá de Miranda, with Italian and, on average, Greco-Latin influences. From the ornate and graceful eclogues he moves on to the comedy of intrigue with Os Vilhalpandos, of high linguistic value. António Ferreira follows(1528-69), who, more than in comedies, imposes himself in the tragedy with a static masterpiece, Senechian, but of undoubted power, A Castro . Camões himself wrote several works for the theater, including El-rei Seleuco, dramatization of a Plutarchian episode, and the adventurous comedy, akin to the Spanish fiction genre, Philodemus. Other notable theatrical authors are António Prestes, J. Ferreira de Vasconcelos (ca. 1515-85) and Simão Machado (ca. 1570-1634). The seventeenth century is the time of Spanishization; but alongside the tragicomedies of the Jesuit fathers there is the work of Francisco Manuel de Melo (1608-66) who, especially in Auto do fidalgo aprendiz shows its lively national spirit. In the eighteenth century Molierian imitations of Alexandre de Gusmão and Leonardo Pimenta appear; but the great playwright of the century is António José da Silva, the Jew (1705-39), a victim of the Inquisition, who takes up classical themes in his delightful works for a puppet theater (bonifrates). Popular theater, of which the most vivid data are present in AJ da Silva, is however balanced by Arcadia, which imposes its own literary theater with the aforementioned Reis Quita and Correia Garção and with Manuel de Figueiredo (1725-1801). The prose literature of the classical age includes authors such as Rodrigues Lôbo (ca. 1580-1622), an elegant manualist in Corte na aldeia and baroque bucolic in O pastor peregrino, the epistolographer and historian of literature, but also theatrical author Francisco Manuel de Melo and above all his father António Vieira (1608-97), from the tumultuous existence of politician and preacher, who gave to the Portuguese syntax the most complex rhythm of eloquence and evocation, conveying historiographic synthesis, philosophical meditation and religiosity towards a focal point of perfection in his Sermões. He celebrates and at the same time closes the time of Portugal, a great world power, and also gives the start to Sebastianism (from the name of the young king who died in Alcazarquivir) which will be the patriotic and messianic ideology of the following centuries. Not from the eighteenth century, however, where on the contrary a cosmopolitan and scientific tone prevails, in the numerous stories of travels and discoveries, often due to missionaries, or in the treatises on the themes of personal and civil ethics; sometimes as an unscrupulous continuation of that satirical prose which had provided the anonymous and singular Arte de furtar in 1652. 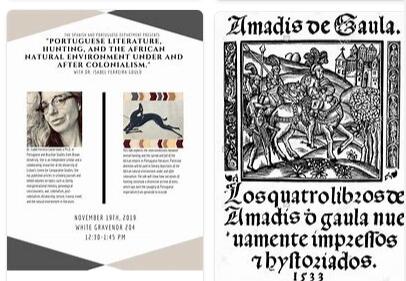