In the spring of 2016 , the protracted conflict between Armenia and Azerbaijan flared up again, in the Nagorno-Karabakh enclave. In 2016, the parliamentary elections in Georgia announced to European politicians that the country still wants membership in the EU and NATO. In Azerbaijan, a democratically dubious referendum paved the way for the Aliyev family to remain in power for the foreseeable future. At the same time , large crowds demonstrated for regime change in Armenia . Located on the periphery of Europe, at the intersection of regional powers, both peoples and states depend on security and stability in the South Caucasus. What is the situation today?

Administratively, according to COMPUTERANNALS, the Soviet Union was divided into 15 territorial units with a dominant ethnic group in each of them. There were also administrative sub-areas , each of which consisted of its own ethnic minority. The South Caucasus was divided into the Armenian, Georgian, and Azerbaijani Socialist Soviet Republics, as well as the autonomous oblasts (sub-territories) of Abkhazia, South Ossetia, Adjara, and Nagorno-Karabakh .

The first years after the fall of the Soviet Union were marked by nationalism and wars of independence . In Georgia, nationalist Zviad Gamsakhurdia pursued an ethnonationalist policy that suppressed and excluded ethnic Abkhazians and South Ossetians from political participation. In Abkhazia and South Ossetia, nationalism and ethnicity were used in a similar way to mobilize the local population to fight for secession from Georgia. In Abkhazia , this led in 1992 to war between the Georgian authorities and the local power elite in Sukhumi.

More than 20,000 people were killed, and 200,000 ethnic Georgians were internally displaced (refugees in their own country). In South Ossetia , the desire for secession led to an 18-month civil war . The wars ended with the Georgian authorities losing much of their control over parts of the country. Russian peacekeepers were deployed in both areas, partly under the CIS mandate (Commonwealth of Independent States) and partly monitored by the UN and the Organization for Security and Co-operation in Europe (OSCE). This happened despite the fact that Russia was perceived by the Georgians as an important player in both conflicts, among other things through covert support for Abkhazian separatists.

Nationalism was also an important driving force and catalyst (trigger) in the conflict between Armenia and Azerbaijan. In Soviet times, the small enclave of Nagorno-Karabakh formed part of the Azerbaijani Soviet Republic; it was inhabited by both Azerbaijanis and Armenians.

Gorbachev’s liberalization policy (glasnost), on the other hand, opened up an Armenian demand that the area belong to the Armenian SSR. The conflict had deep roots in historical disagreement about the territory’s cultural and ethnic affiliation, which had long been easily ignited beneath the surface. In 1988, the disagreement led to very violent clashes in Baku and Yerevan, where the two ethnic groups had lived side by side for a long time. In both cities there was lynching and killing of opponents. Later that year, the riots culminated in the expulsion of all Azerbaijanis from Armenia – and all Armenians from Azerbaijan.

In both countries, the question of Nagorno – Karabakh’s affiliation gained a central place in the nationalist cry for independence from the Soviet Union. In 1991, this focus opened up for full war in the disputed area. It was not until 1994 that a ceasefire agreement was reached, negotiated by Russia. By then, the separatists in Karabakh, with the help of Armenia, had secured control of almost the entire area. Around 25,000 people had been killed, and up to 1.5 million had become refugees or internally displaced persons. Today, the area functions as a de facto state, with the support of Armenian authorities and the military. The ethnic cleansing and the war have made the two countries bitter enemies. The demand for the right to the enclave is today firmly rooted in both the national identities of Armenia and Azerbaijan. This makes it difficult to compromise on the status of the area.

At the same time as the republics became independent from Moscow, they also had to create a new foreign policy identity . In ARMENIA , an inland state surrounded by two major powers in the south (Iran and Turkey) and arch-enemy Azerbaijan in the east, priority was given to maintaining a close economic and security policy relationship with Russia.

President Ter-Petrossian sought to establish diplomatic relations with Turkey (cf. genocide in 191 5), and succeeded for a short time in opening up economic relations. He tried to maintain a pragmatic line towards Azerbaijan in the search for a solution to the Nagorno-Karabakh conflict , but was stopped by his own nationalists with irreconcilable views. A gradually closed border with Turkey, the fraternal political friendship between Turkey and Azerbaijan and the imminent threat from Azerbaijan’s enormous defense investments, contributed to further regional isolation . 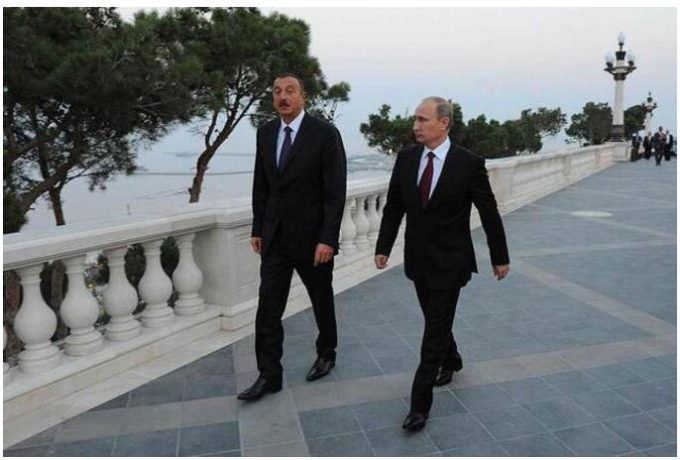