GEORGIA is the most democratic country in the South Caucasus, with regular real elections. The democratically inspired Rose Revolution in 2003 ushered in a generational change in Georgian politics and brought with it a more liberal and rapidly growing economy, tough measures against corruption and for effective institution building. Although Saakashvili gave new impetus to Georgian politics, the pursuit of efficiency went more and more at the expense of democracy . Power was centralized around the president, while the media, bureaucracy and courts became increasingly politicized. Saakashvili’s inability to balance effective reforms and democracy led to criticism, both nationally and internationally. In 2012, the Georgian Dream party coalition went to the polls against Saakashvili’s partyUNM – and won.

Several of Saakashvili’s reforms have nevertheless survived as important pillars of Georgian politics and economics. The fight against corruption has yielded very good results and the economy in the country has greatly improved. According to Transparency International’s Corruption Perceptions Index, Georgia ranks 44th, far ahead of neighboring countries (Azerbaijan is 123rd and Armenia 113th).

The governing coalition, led by Georgian Dream, which was re-elected in 2016, implemented reforms to decentralize power, ensure the independence of the judiciary from politics, improve the rule of law and further strengthen parliament. Today, Georgia has a strong, popularly elected parliament, an active civil society and a very critical opposition. The independently elected president also acts as an important “check” on the government.

Still, some view Georgia as a young democracy. Western observers have expressed concern about what they see as a sign of inadequate compliance with democratic norms. Among other things, the Georgian Dream Coalition has opened a series of investigations against members of the previous government (under allegations of corruption and abuse of power), as well as against the government-critical TV channel Rustavi 2. The investigations have led international observers to question whether the government is conducting “Selective justice” (that the judiciary is used as a political tool).

ARMENIA , compared to its neighbor Azerbaijan, has more political pluralism , but still lacks a number of basic democratic features. In 2004, the OSCE stated that there had been a significant degree of cheating during the Armenian presidential election. In response to allegations of electoral fraud, people in the streets protested, but authorities cracked down on protesters. The same thing happened during the 2008 presidential election. At least eight people were killed and many more injured.

In 2010, negotiations on an association agreement with the EU and a desire to repair Armenia’s international reputation led the government to give free rein to civil society groups. Today, these groups play an important role in Armenia. Internet freedom means that social media is frequently used both by the opposition, independent journalists and grassroots groups to mobilize people to protest against the authorities. This has happened on a large scale in recent years. Although the protests act as an important “vent”, people’s ability to really change politics is still limited. The media is subject to strict control, and several cases of violence and harassment of journalists have been reported.

In 2016, there was a significant change in the motivation behind the protests: while they had previously been mainly financially motivated, they now included a demand for regime change. For many observers, the protests signaled widespread dissatisfaction in Armenian society. Unemployment, corruption and impunity for politicians are interpreted as reasons for the strong distrust that the population has of the political elite. An important structural barrier in the development of the Armenian and Azerbaijani economies are large corporations with monopolies and clientelism . 30 percent of the population lives below the poverty line. The downturn in the Russian economy has also been reflected in Armenia through reduced remittances from Armenian labor migrants .

According to CONSTRUCTMATERIALS, Russia’s interest in the South Caucasus must be seen in the context of the 1990s unrest in Russia’s own autonomous regions in the North Caucasus. Ethnic ties across the Caucasus mountains mean that conflict and breakaway activities on the one hand often have major ripple effects on the other. For example, the conflict in South Ossetia led to about a hundred thousand South Ossetians fleeing across the border into North Ossetia. This coincided with a flare-up in several ethnic conflicts in the North Caucasus, and there was a certain exchange of militant rebels over the mountains. Between 1999 and 2003, the issue became relevant again as Chechen rebel and terrorist groups used the Panki Valley in North Georgia as a base to regroup and plan new offensives in Russia.

In addition to the concrete, security-related interest Russia has had in the region, there is also a perception of the region’s role in Russian history, and as an important element in Russia’s great power identity . In 1864, after several years of violent subjugation, “Transcaucasia” was incorporated into the Russian Tsarist Empire. In a Europe marked by imperialist ambitions and power games, the conquest of the Caucasus became an important symbol that Russia was also a European (imperialist) great power – an idea we hear echoed today.

In post-Soviet Russia, the Russian perception of the South Caucasus manifested through what President Medvedev called Russia’s ” spheres of interest ” . Among other things, the Rose Revolution and Georgia’s desire for NATO membership were perceived as a threat to Russia’s interests and as a sign that parts of the region were coming under Western control. For many, Russia’s involvement in the breakaway republics of the South Caucasus signals a desire to “freeze” the conflicts there: By keeping the conflicts alive, but at a low ebb, Russia retains its political influence in the region, is the idea. For example, in 2008 Russia recognized South Ossetia and Abkhazia as independent republics. In addition, the Russian authorities have for a long time granted the citizens Russian passports and entered into agreements on alliance and integration . This complicates a future reconciliation between Georgia and the breakaway republics.

The South Caucasus is also an important international economic hub , especially due to its location near the oil and gas-rich Caspian Sea. The Baku-Tbilisi-Ceyhan oil pipeline makes Georgia an important transit country for parts of Europe’s energy supply . The region has also become an important part of China’s “new Silk Road” – the so-called “One Belt – One Road” initiative . China’s growing commitment has the potential to change regional political dynamics. 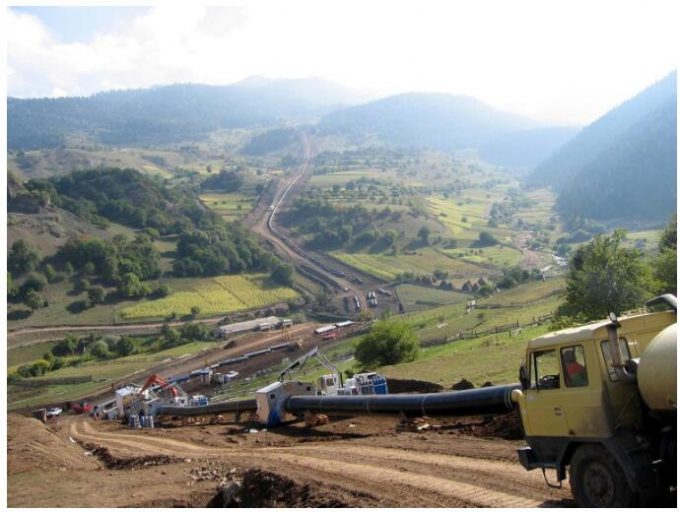