Where is Pakistan Going? Part II

Pakistan has long been a close ally of the United States in South Asia. And the country’s efforts and support for the resistance movement (mujahedin) against the Soviets was one of several contributions to the Soviet withdrawal from Afghanistan in 1989 and to the fall of the Soviet Union in 1991. Thereafter, Pakistan was for a long time one of only three countries recognizing the Taliban regime in Kabul. Western attention to Pakistan and Afghanistan also diminished.

This changed abruptly in the autumn of 2001 (after 11 September). The country again became a close ally of the United States in the fight against terrorism and cracked down hard on a number of militant groups. The Pakistani authorities, on the other hand, have had problems cracking down on the increasing radicalization ( Talibanization ) in the border areas with Afghanistan. After the fall of the Taliban and the Allied hunt for Osama bin Laden in southern Afghanistan in the autumn of 2001, many al-Qaeda members fled into tribal areas (see map p. 2) in Pakistan. There they regrouped and consolidated. Afghan Taliban and other foreign Islamists also sought refuge there, and together they influenced the local tribal communities.

The Pakistani authorities were put under strong pressure from the United States to kill or arrest al-Qaeda members in Pakistan. As part of this, the Pakistani authorities in 2004–2005 also intervened with military forces in the western tribal areas. The forces met strong opposition from people and tribes who wanted to retain their “autonomy” (almost a kind of self-appointed internal self-government) with little interference from the central government in Islamabad. The Pakistani army thus eventually found itself in an extensive war with its own inhabitants (civil war), mainly Pashtuns .

Incompetence and lack of capacity led the authorities on the defensive. A complicating element has been that the Pakistani intelligence service (ISI) has long seen itself served by various militant groups – as a card they could use in the conflict with India. However, it seems that this is a game that is now back against the authorities. Terrorist actions have now become a widespread phenomenon and are being carried out all over Pakistan . Some fear that Pakistan could end up in chaos or be taken over by religious extremists.

Both in the tribal areas and in the northwestern province , the situation has only worsened in recent years. After a series of major attacks in the autumn of 2008 and the spring of 2009, local authorities tried to prevent a further spread of militant forces by signing an agreement that sharia law could be introduced in the Swat district. The result was the opposite of calm. The militant groups did not keep their part of the agreement and continued to “advance”, and the government forces then launched a major offensive in the Malakand district (in Swat). Major destruction and more than two million people fleeing their own country (internally displaced persons) are a central part of the picture.

A number of terrorist attacks against police and militaries, but also against civilians in markets, UN offices and hotels in recent times, indicate that the Taliban groups do not intend to give up. In the autumn of 2009, the government forces continued the offensive and entered parts of the tribal areas – Waziristan.

The Pakistan Taliban (TTP), believed to be behind a large number of these attacks, is an umbrella organization with more than 13 different groups . The groups have different leaders and different recruitment bases. They are active primarily in the border areas up to Afghanistan, but are also said to have ties to other groups elsewhere in the country. Their motives are different, and there has been disagreement between them on a number of issues.

What brings them together is the goal of introducing

in the tribal areas and bring out Pakistani forces from the tribal areas. At the same time, they are fighting to throw all foreign forces out of Afghanistan. The conflicts between the groups have, among other things, revolved around the view of negotiations with the Pakistani authorities and foreign jihadists in the same areas. Some are more negotiable than others; some view foreign jihadists more positively than others.

But how strong is the Taliban? This is difficult to measure. It has been easier for Pakistani leaders to go after al-Qaeda (foreign jihadists). The Taliban are more seen as their own. It is important here to understand why the Taliban is gaining a foothold. On the one hand, the Taliban have gained power through the use of threats and intimidation propaganda. On the other hand, they have also been able to offer services (security, judicial system) where the state is unable to be present. It is interesting to see that a poll conducted by the news channel Al-Jazeera in August 2009 shows that 59 percent of Pakistanis see the United States as the biggest security threat to Pakistan, a country located in Asia according to travelationary.com. Only 11% see the Taliban as the largest. 18% see India as the biggest threat. The same poll showed that 43% support a dialogue with the Taliban. 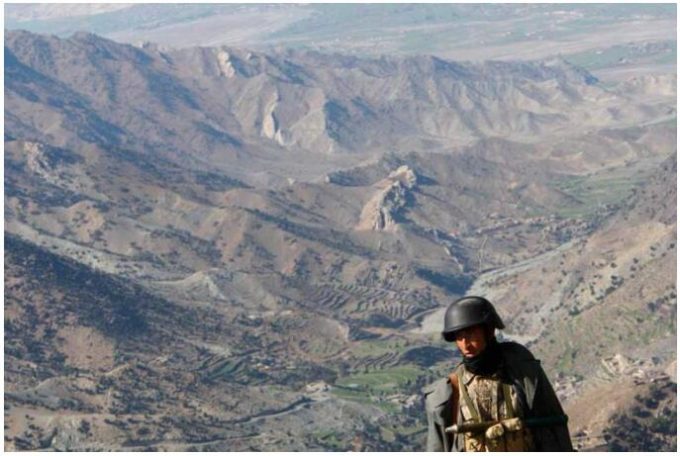