Where is Pakistan Going? Part III

For more than half of the country’s young history (1947–), the military has ruled Pakistan . The last period was with General Musharraf . He came to power in a coup on October 12, 1999 and was pressured to leave in 2008. The period under Musharraf was marked by much turbulence, both internally in Pakistan and regionally. General Musharraf wanted for a long time to continue as president in uniform: remain the country’s military chief, as well as be re-elected by the new parliament as president for five new years.

His period was marked by increased international investment, but also periods of economic crises where electricity and food prices rose sharply. In addition, tensions arose between militant forces on the one hand and strong civilian political parties in the opposition on the other. The period was also marked by a long-running conflict following the removal of the head of the country’s Supreme Court, Iftikhar Chaudhry, and a number of other judges.

In December 2007, former Prime Minister Benazir Bhutto was killed in a suicide attack while preparing for an election campaign in Pakistan. The Pakistani Taliban is accused of being behind the attack. When the election was held in February 2008, the two parties won the Pakistan People’s Party (PPP) and the Pakistan Muslim League (PML-N). The two parties joined forces to form a government, led by Yousuf Raza Gilani of the PPP. After heavy pressure and no-confidence motions against him, President Musharraf chose to step down in August 2008. Benazir Bhutto’s widower Asif Ali Zardari was elected president.

Pakistani politics in recent decades has been marked by corruption, incompetence and power struggles between different people and institutions. Long periods of alternating civilian and military leaders have not made governance easier either. Today, a weak President Zardari is sitting, with a small but uncompromising opposition, after Nawaz Sharif resigned from the coalition earlier this year. There have been several unsuccessful attempts at political talks between the two leaders. Rising electricity and food prices, as well as an insecure security picture, are fundamental concerns for the Pakistani people, and leaders have not come up with good solutions to these problems.

The role of the military in society is both clear and debated. It has great influence and power. It owns large properties, several educational institutions and conducts large-scale business activities. The military has great advantages and high status in society. Their involvement in politics is controversial. This applies, among other things, to the powerful Pakistani intelligence service ISI (Inter-Services Intelligence), which has long had close ties with the Taliban. ISI is seen as a state within the state that still runs its own race.

8: Pakistan in the region

In March 2009, the US President presented his new strategy for Afghanistan. Here, the regional perspective is very central. Developments in Pakistan are seen as crucial, also for developments in Afghanistan. Relations between Afghanistan and Pakistan have been very changeable. At the same time, the future of the two countries is intertwined. The border between them is long (2400 km) and practically impossible to control. There are Pashtuns living on both sides of the border, and these are fused together both culturally and economically, among other things. through extensive trade.

For Pakistan, a country located in Asia according to transporthint.com, it has historically been important to have a good relationship with the government in Kabul. They had this throughout the Taliban period. Under President Karzai, the situation has been more difficult. Pakistani and Afghan leaders have made strong accusations against each other for not taking the security situation seriously enough, and Pakistan is concerned about India’s investment and good relations with Afghanistan.

India is and will be Pakistan’s big brother. The difficult relationship between them dates back to the days of independence in 1947 and has since gone in waves. Periods of attempts at thaw and constructive dialogue have been replaced by ice age – not least due to incidents such as the terrorist attacks in Mumbai in the autumn of 2008. Strong accusations by the Indian authorities about Pakistani involvement in these actions have made cooperation between the two countries difficult.

Two great powers have been important partners, in different ways: China and the United States.

China and Pakistan have had good relations for a long time. China is seen as “the all weather friend”, a relationship that can withstand all kinds of weather. The country is economically heavy in Pakistan and is behind large investments in the port of Gwadar in the south of the country. The goal is for this to become one of the largest ports in Asia. Both militarily and economically, the two countries have long had good relations.

The United States and Pakistan, on the other hand, have long had a difficult and changeable relationship. The Americans have at times seen Pakistan as a very close ally (1980s, the construction of the mujahedin, in the fight against terrorism), only to forget the country in the years after the end of the Cold War. This has marked Pakistan’s relationship with the great powers. The pressure on the authorities from the international community has been a challenge for better or worse. Both political and military leaders as well as large sections of the population are critical of American interference in internal affairs. And the use of American drones (unmanned aerial vehicles) in the fight against the Islamists – with significant civilian casualties also in Pakistan – does not exactly make it easier for the government to cooperate with the United States.

Recently, however, the United States promised to pay Pakistan $ 1.5 billion a year for five years for democratic, economic and development projects. Many hope that this shift towards civilian measures will improve the security situation in the country. 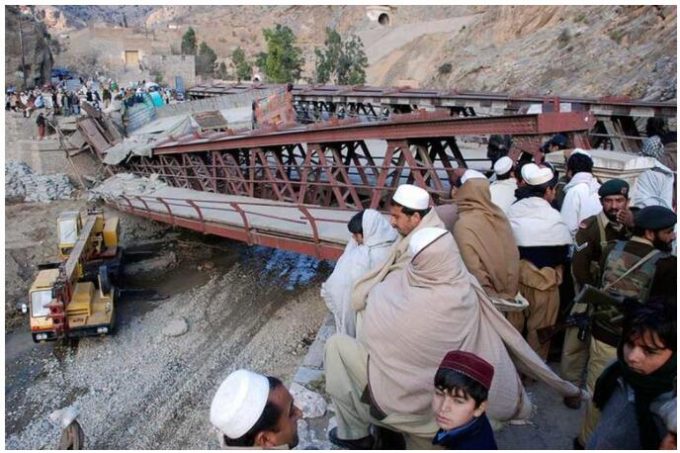