Important donors are the USA and Great Britain, EU institutions, Germany and Japan. DFID, the government development service of the former British colonial power – integrated into the newly founded Foreign, Commonwealth & Development Office on September 2, 2020 – illustrates its development cooperation using the example of the health sector. The Swedish state development organization (SIDA) cooperates with other donors, for example in the field of youth development. Even non-governmental organizations like Action Aid from the UK,FEPA from Switzerland or HIVOS and SNV from the Netherlands support non-governmental organizations in the country.

The World Bank set up multi-donor funds with different terms, for example for reconstruction and development in Zimbabwe, and the Zimbabwe Multi-Donor Trust Fund was managed by the African Development Bank. The goals were to develop the infrastructure, particularly in the water, sanitation and energy sectors. In an assessment published in early 2020, the African Development Bank lists the massive infrastructure problems in Zimbabwe and calls for extensive investments, especially to eliminate health hazards in the drinking water sector and to overcome the inadequate power supply. Zimbabwe remains mainly because of its own political and agricultural plight still dependent on humanitarian aid.

According to naturegnosis, the international organizations active in Zimbabwe include the World Food Program WFP, the UN Children’s Fund UNICEF, the UN Development Program UNDP and the UN population organization UNFPA. The UN Food and Agriculture Organization (FAO) has been working for many years to improve agriculture, animal husbandry and basic services in rural areas.

From the Millennium Development Goals (MDG) set by the international community in 2000, the development goals to halve global poverty by 2015, the Zimbabwean government had chosen the goals of poverty reduction, improved schooling and overcoming HIV / AIDS as priority goals. Structural poverty problems are still serious in many parts of the country. In the Human Development Index 2018, Zimbabwe ranks 150th out of 189 places in an international comparison of countries.

Until 2011, the Zimbabwean government had not put in place a comprehensive Poverty Reduction Strategy. The planning bases for poverty reduction were the MDGs, land reform, indigenization goals, labor market and gender policy. The World Bank puts the number of the extremely poor at 5.7 million people in 2019, an additional 1 million since 2018. This corresponds to an increase from 29% to 34% of the population.

At the same time, the implementation of the Sustainable Development Goals is being debated, especially since the UN is helping to implement them in Zimbabwe. At the Africa Forum on Sustainable Development held in Victoria Falls in late February 2020, President Emmerson Mnangagwe appealed for Zimbabwe to receive multilateral aid to tackle the problems of supply, poverty and drought and to achieve the sustainable development goals.

Multilateral development cooperation relates primarily to the infrastructure and health sectors. For political and diplomatic reasons, state bilateral cooperation was discontinued after 2000; specifically, it was suspended in June 2002. According to a BMZ declaration at the end of 2012, bilateral relations would only be normalized again if democracy and the rule of law were guaranteed. Emergency and disaster aid as well as measures in the area of ​​water supply and food security are provided with civil society actors. According to information from the Foreign Office, Germany is also involved in educational programs through UNICEF.

In 2015, the controversial financial support for a private wildlife park founded by a German entrepreneur led to political controversy. At the beginning of October 2016, the BMZ’s Africa Commissioner, Günter Nooke, traveled to Zimbabwe for political talks. In mid-November 2017, he explained his assessment of the resignation and early September 2019 of the death of former President Robert Mugabe in radio interviews. At the end of August 2018, Dr. Gerd Müller, Federal Minister for Economic Cooperation and Development, for government talks in Zimbabwe. He also met with opposition leaders and discussed political and economic issues. In April 2019, the BMZ announced in a press release that the BMZ would participate in the reconstruction after cyclone Idai, including in Zimbabwe. In November 2019, the Martin Bauer Group reported about KO financing from DEG, a subsidiary of KFW, for sustainable herb cultivation as part of a pilot project in Zimbabwe.

In Zimbabwe, for example, the Friedrich Ebert Foundation and the Konrad Adenauer Foundation as well as the Friedrich Naumann Foundation are active. German non-governmental organizations support local non-governmental organizations that campaign for human rights, HIV prevention, young people, women and ecology. These include the World Peace Service and Deutsche Welthungerhilfe. Also, Terre des Hommes and Oxfam Germany are active in Zimbabwe. Medico International, the Action Group Solidarity World (ASW) and small non-profit associations such as ZimRelief also support civil society associations in Zimbabwe. Church organizations such as Bread for the World, Misereor and the Christoffel-Blindenmission eV not only support church partners in Zimbabwe. The Church Office for Southern Africa, KASA, which is active in the field of development policy, is a member of the Zimbabwe Europe Network, which advocates Zimbabwe towards the European Union. City and school partnerships, youth and cultural exchange programs complete the range of cooperation. The town twinning between Munich and Harare deserves a special mention here. For school partnerships, members of the Zimbabwe network have been successfully involved for decades. The German-Zimbabwean Society is also committed to exchanges between people from Zimbabwe and Germany. 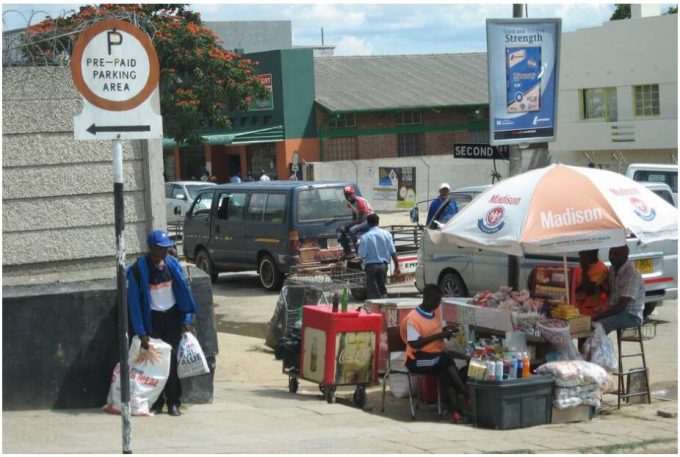