Numerous foreign investors, for example from Japan, are deterred by the so-called indigenization law passed in 2009. It stipulates that operations with an annual turnover of over US $ 500,000 should transfer 51% of their capital to Zimbabweans, otherwise they can be expropriated. At the end of 2012, the then President Mugabe announced that all companies should be 100% nationalized in the medium term. While individual ZANU-PF ministers had proposed an amendment to the law in the meantime, ex-President Mugabe rejected any exception. This controversy within the ruling party and in the regime mediaLasted for years since 2014. Foreign company direct investment in Zimbabwe decreased from $ 421.2 million in 2015 to $ 294.6 million in 2016. In 2017 it was $ 394 million. There are different statements in various publications.

The favorites of the indigenization guidelines were and are primarily influential ZANU-PF politicians and business people close to the government. Other local entrepreneurs hoped for an economic upswing soon. Some foreign think tank advisors recommended particular political and economic reform approaches, which in turn were controversial.

There are special economic ties with China, which invests in mining, infrastructure and agriculture and receives raw material concessions in return. There is political controversy about the beneficiaries of Chinese investors and their economic effects.

In 2011, 1.7 million people were dependent on international food aid. In 2012/13, grain for basic supplies had to be imported for 60 million US dollars; a number of farmers had relied on tobacco growing and neglected grain production, especially since they only received money from selling tobacco. These difficulties were caused by (agrarian) political, economic and ecological-climatic problems.

According to historyaah, the Zimbabwean government’s extensive grain imports from South Africa to cope with the food crisis in early 2014 were overshadowed by corruption scandals. Then around 2.2 million people were dependent on international food aid. In some places, cases of food handing out by local employees against the sexual services of those in need have been known and documented. The Famine Early Warning Systems Network reported that only part of the needy population received food aid. In some places it was awarded based on membership of the ruling party, as independent human rights monitors have found. As early as 2008, food shortages were a means of political control, food became political weapon of the ZANU / PF. In 2012 and 2013, too, access to food aid and seeds was tied to party membership in many places, and ZANU / PF supporters were often preferred. Over the years, these problems have been documented and criticized by human rights organizations.

In July 2015, Reliefweb announced that 1,490,000 people were in need of food aid. Reliefweb also provided detailed information rich in facts for the following years, for example for November 2016. In the first half of 2017, Zimbabwe imported corn to the value of 82 million US dollars and wheat and rice to the value of 46 million US dollars. Because investments in the so-called command agriculture failed for years due to massive corruption in many places. In October 2019, the government was accused of having imported 17,000 tons of corn at overpriced prices from Tanzania. While the market price was US $ 240 per ton, Zimbabwe is said to have paid US $ 600 for what was considered corruption was criticized.

The FAO warned as early as February 2019 before more stringent food bez. Supply crises, mainly due to the pricing policy of the Zimbabwean government. Reliefweb published a report by the World Bank on April 1, 2019 on the structural agricultural problems in Zimbabwe, which had a negative impact on the food situation, so action by the government was required. UNOCHA figured in the first half of 2019 the number of the needy to 5.3 million. In an overview from August 2019, the World Food Program (WFP), together with other humanitarian organizations, assumed 2.29 million people in need. It by no means reduced the problems to cyclone Idai, which devastated or damaged settlements and fields in the east of the country in March 2019, but the WFP took other ecological and economic factors into account nationwide. In August 2020, the WFP or UNOCHA put the number of people in need who are dependent on food aid at 6.5 million; by the end of 2020 it forecasts an increase to 8.6 million. The country strategy of the World Food Program (WFP) is valid until 2021.

Also UNOCHA informed the current humanitarian situation in Zimbabwe. At the beginning of October 2019, UNOCHA published an overview of donors and the distribution of aid funds across various sectors. In March 2020, UNOCHA published the Humanitarian Response Plan. The corrupt appropriation of food aid by the ZANU-PF is a constant source of criticism.

The UN Special Rapporteur on the Right to Food already described the massive food problems in Zimbabwe in November 2019. She estimated the number of people suffering from insufficient food at 5.5 million people in rural areas and 2.2 million people in cities. The situation of children who already have growth problems, as well as women and girls who prostitute themselves for food or have to enter into child marriages, is particularly dramatic.

If, according to media reports, city dwellers decide to return to rural areas in view of the urban supply and economic problems, their situation there is also difficult. The nutritional and health situation, which also deteriorated in December 2019, especially of children, is still problematic in many places. The difficulties intensified due to economic problems and the curfew in the context of the CORONA crisis, among others in April 2020 and September 2020. 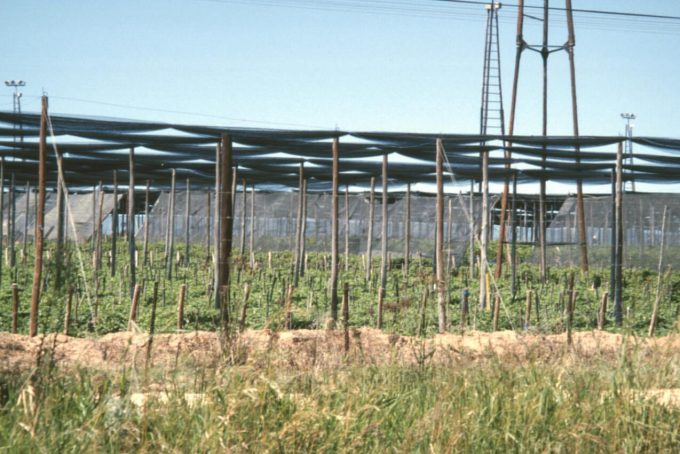