The gender and generational relationships and hierarchies in Zimbabwean society are shaped by historical, political and economic factors. Pre-colonial norms were changed by colonial legal requirements and economic interventions. The missionary influences on married and family life as well as moral ideas and the racism of white settlers must also be taken into account. This particularly applies to the degradation of black men. Young girls and women joined the struggle for independence because they hoped for an end to colonial discrimination and new opportunities. This also included the demand for gender equality, for land and inheritance. These goals have not been met or only very inadequately met to date. It is true that the relationship between the generations has changed, the power of the ancients was broken – sometimes violently – in the struggle for independence. Despite a number of legal bases and draft laws, respect for the elderly became a watchword after 1980, especially in times of crisis. Structural problems with access to pensions and mismanagement in the responsible authorities and insurance companies make everyday life difficult for old people. For children, adolescents and young people, the situation with the politically motivated economic crisis has deteriorated significantly since 2000. This can be seen in everyday life, which is often restricted basic services, limited access to education and health services, and the need to work. The problem situation and exclusion of young people control some youth organizations opposed. Many young people remain politically skeptical and cautious; in many places it is unsafe to go to political events. An amendment to the Youth Policy from 2013 has been discussed since 2019.

Women’s emancipation ended in the 1980’s with the patriarchal self-image of ruling party officials, some of whom had been ex-commanders during the war of independence, when women’s liberation was one of the slogans. As early as October 1983, state security forces organized the “Clean up” operation(Tidying up) Assaults on living and working women in cities. Over 6,000 women were arrested, the majority from their homes. Several have been arrested at work or on the street. Many were loaded onto police vehicles and dropped off outside the cities or taken to security prisons. They have been accused of being prostitutes and disrupting public order. The majority of the prisoners fought in the War of Independence and trained as nurses or teachers. Those in power perceived their independent work, life and living as an affront to an authoritarian-conservative image of society, which, within the framework of a new neo-traditionalist cultural nationalism, is of secondary importance to women assigned in rural households. However, quite a few men were unable to raise the bride price that was required for marriages. So getting married remained a pipe dream for many.

According to eningbo, the Zimbabwean government has signed and ratified a number of United Nations (UN) agreements, such as CEDAW, the African Union and the South African Development Community (SADC), to improve the situation for women and to promote gender equality, but implementation is problematic. The requirements of the new constitution from 2013 or the 2018 elections have not resulted in any fundamental improvement. The Ministry of Women and Gender has drawn up a national gender policy with an implementation strategy and action plan, but implementation is slow.

The ministry hardly takes action against legal inequalities, which for example lead to existential problems for widows, and against patterns of violence. Gender issues are common.

This is reflected in the Social Institutions and Gender Index of the OECD; In the UNDP-Gender Inquality Index of the UNDP, Zimbabwe was ranked 126th out of 162 in 2018. Zimbabwe fulfilled its reporting obligation on the implementation of the Platform for Action of the UN Women’s Conference in Beijing in 2015; no report was published in 2020. There was a speech by the President.

The gender equality index published by the African Development Bank in 2015 is critical of gender inequalities in the economy and politics of Zimbabwe. For decades there was no minimum age for traditional marriages, but the new constitution of 2013 provides for this and a ruling by the Constitutional Court in 2016 referred to it. A clear legal basis is required from child and women’s rights organizations.

The Marriage Bill on the amendment to marriage law discussed in May 2019 contains aspects relating to child protection, but is controversial in other respects. On the one hand, the marriages concluded by Christian groups are officially recognized, on the other hand, homosexual partnerships remain illegal.

Sexual abuse of married minors is a structural problem that escalates, especially in times of crisis, when several daughters are married off early and no longer go to school. Teenage pregnancies, pregnancy complications and high maternal and infant mortality are the consequences. Due to the multiple and mutually reinforcing downward spirals in the economy, health system and basic care, the situation of many children – especially girls and disabled people – is problematic.

The work of independent women’s organizations and scientists has become more and more difficult in recent years. Some reduced or changed their programs. Networking for effective political lobbying was also made drastically more difficult. Only individual organizations are dedicated to overcoming violent masculinity, whereby the political background of this problem is a major challenge. 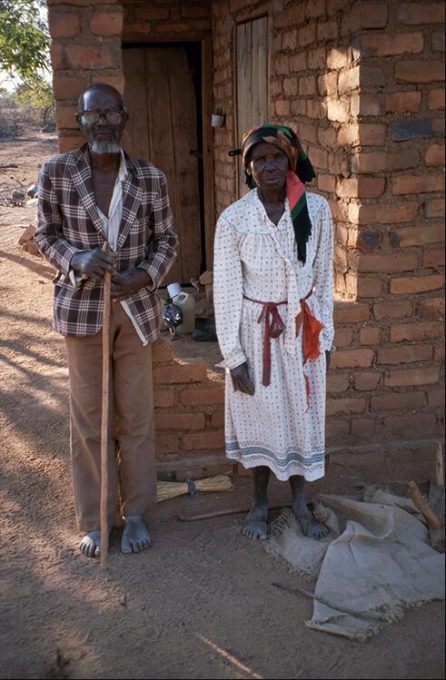