The manufacturing industry was booming in the 1980’s. It included the light, agricultural, mining and construction industries. Today it is severely impaired by the inadequate infrastructure, particularly in terms of water and electricity supply. The textile industry, which was once differentiated and linked to the state’s internal, high-quality cotton production, has also been in decline for years. Of the 24,000 workers who worked in spinning mills and other textile mills during the heyday of production in Kadoma, Gweru and Chegutu, most have now lost their livelihoods and livelihoods. Several companies had to close.

Between 2000 and 2010, de-industrialization progressed particularly in the former industrial metropolis of Bulawayo, the problems persisted in the following years and until 2020. A number of entrepreneurs and economic experts attributed the problematic development to the ongoing government misery. Investors from Europe and the USA were cautious because of the so-called indigenization policy, i.e. the nationalization goals of the Mugabe government. Also assessments of the economic situation, for example, the situation of workers and the role of trade unions were critical in 2016; The main cause of the problem is government policy. The manufacturing industry was also affected by high production losses in 2017 and 2018; in 2018, according to media reports, they amounted to 48.27%, which resulted in restrictions on competitiveness and other subsequent problems. Structural changes in economic policy are considered necessary, and political think tanks and industry associations have developed proposals and scenarios for this. 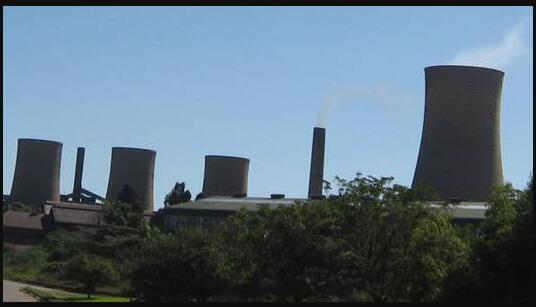 The purchasing power of the population is limited by years of economic decline and high unemployment. The internal market is correspondingly weak. Foreign trade has also been low for years. In 2015 the trade deficit was put at -2.74 with reference to IMF data and estimated at -2.89 for 2016. In 2018 it was -2.22 according to GTAI. Between 1991 and 2019, Zimbabwe had a year-over-year trade deficit of -242.14 million US dollars. In August 2019, Trading Economics put the trade deficit at -38.80 million US dollars. Important trading partners are South Africa, China, Singapore, the United Arab Emirates and some European Union (EU) countries, this includes the former colonial power Great Britain; Belgium is also an importer of rough diamonds. According to the GTAI, Germany’s imports from Zimbabwe amounted to an estimated 42.7 million US dollars in 2018, while German exports to Zimbabwe were 32.9 million US dollars, which corresponds to a balance of -9.8 million US dollars. Tobacco and raw materials dominated the imports, while the exports were mainly machinery and chemical products. In the GTAI listing of Germany’s 239 international trading partners, Zimbabwe ranks 125th as an importing country and 158th as an exporting country (as of November 2019).

Trade relations are regulated by regional and international agreements that have been criticized by some economic experts and non-governmental organizations. According to GTAI, raw materials dominated the international export goods in 2018 with 32.2%. Tobacco exports were also important; according to Trading Economics, it brought in $ 36.03 million for the main customer China in 2018.

Zimbabwe is a member of economic partnerships such as COMESA and the Economic and Development Community in Southern Africa (SADC). China is gaining more and more influence as a trading partner of Zimbabwe.