The Zimbabwean legal system, about which detailed information is available from the Zimbabwe Legal Information Institute, is a combination of Roman-Dutch and English law. The Chief Justice, the head of the entire judiciary, is appointed by the President. Highest Instancesare the Supreme Court and High Court, these are subordinate to Magistrate Courts and Local Courts. The latter are run by chiefs and headmen (authorities at the local level). The so-called Customary Law is often used at the local level. These are legal interpretations that were codified in the colonial era. They did not always correspond to pre-colonial legal concepts, rather they served colonial administrative and local power interests. After the colonial era, many elements of Customary Law were retained. Young men and women in particular suffer from the instrumentalization of the Customary Law to secure the power of local elites. Women lawyers are calling for the Customary Law to be interpreted as living law, so that women receive land use and housing rights.

According to computergees, Zimbabwe has signed and ratified numerous international legal bases and human rights treaties of the African Union. However, they are only partially implemented. Women, children, the disabled, HIV-positive and homosexuals are only inadequately protected against violence.

The state legislation does not comply in all areas of international and regional standards. The security laws passed from 2000 onwards give the police great freedom of action even against unwelcome high-ranking politicians. Violent security forces – including those from the military or paramilitary youth militias – are usually not prosecuted. The secret services largely have a free hand. Extortion, abductions, rape, torture, unlawful pre-trial detention and extra-legal killings are common. This shows the limitations of the rule of law and the lack of good governance. The BTI 2020 gives an assessment of this comparing countries.

Both the fundamentals of the controversial concept of human security and human rights are not being observed by many state forces. The impartiality of the judiciary has suffered as a result of Mugabe’s influence on the filling of high-ranking posts as part of his “indigenization”. There are also doubts about fair trials against those who criticize the regime.

The Zimbabwe Defense Force (ZDF) is mainly based on the ZANLA, the armed wing of the ZANU, and initially to other military units from the War of Independence. Outside the country’s borders, it is included in the SADC agreements. The military budget was over $ 340 million in 2017, increased to $ 405 million in 2018 and $ 546.9 million in 2019. Nevertheless, the soldiers’ pay is low and their supplies are a problem in some places. Military units were repeatedly deployed inside, and paramilitary youth militias also brutally attacked Zimbabwean citizens. They were violently trained in special training camps – often mistreated themselves in order to then use violence against (alleged) opponents of the regime. The government earmarked a total of over $ 1 billion in the 2019 budget for the state security apparatus.

The military maintains connections with the ruling party and the personal management of (para) state institutions and companies by ex-military officers repeatedly led to problems. These included loyalty to ex-President Robert Mugabe through senior officers and targeted support in the context of elections, as well as large-scale recruitment, a new military academy and extensive arms purchases. According to media reports, leadership positions in security committees reflect the time-specific power constellations in the government. Political observers discuss which decision-making power high-ranking military and secret service representatives of the CIO in the ZANU-PF and in the government have time-specifically – also in theJoint Operations Command (JOC), the decision-making body in security matters outside of Parliament, and how the JOC actually survived despite the establishment of a National Security Council.

In February 2000 illegal and violent farm occupations and expropriations began by (alleged) war veterans and ZANU PF supporters. Their actions were largely tolerated by state security forces, and in some places even encouraged. In the years 2000-2002, 4,000 large white farmers were expropriated, which resulted in drastic losses in harvests and foreign exchange. The foreign debt and inflation rose rapidly. Due to a lack of the rule of law, the International Monetary Fund and the World Bank suspended their payments. The US imposed sanctions on the Mugabe regime in 2001, followed by EU sanctions in 2002; In 2008 and 2009, respectively, the sanctions were tightened. In July 2012 the EU to hold out the prospect of easing or lifting the sanctions. In early 2015, the EU announced the payment of aid funds. Since then, the controversies over further relaxed sanctions have continued. New deliberations on economic relations between the Zimbabwean government and the EU took place in early June 2019; a few hours later it became known that a union leader had been ill-treated by state security forces; other civil society representatives had also previously been severely ill-treated or arrested. From the US Embassy in Harare are US sanctions declared differentiated. Also in early March and October of 2019, continued sanctions by the US government were a hot topic. In 2020 – for example in October – the controversy over sanctions continued. 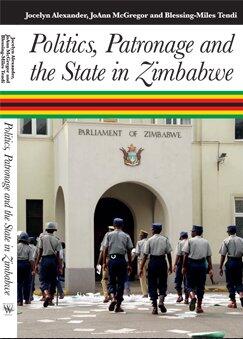