The Christian population of Zimbabwe (estimated to be over 84% of the total population) belongs to different churches. In addition to Catholics, Methodists, Anglicans and Presbyterians, evangelical and independent African Pentecostal churches have seen an increase in the number of believers since the end of the war of independence. According to the World Fact Book in 2015, 74.8% of all people in Zimbabwe were Protestants, of which 21.8% were members of Pentecostal churches. 7.3% of Christians claimed responsibility for the Roman Catholic Church and 5.3% for other Christian communities. The Roman Catholic Church is subordinate to the Archbishops of Bulawayo and Harare. According to programingplease, a minority of Zimbabweans (1.5% in 2015 according to the World Fact Book) practice traditional religions, with belief in ancestors being particularly important. In 2015, 0.5% of the believers were Muslim. There are also small minorities of Hindus, Jews, Buddhists and Baha’i. Religious affiliation influences health, for example, such as the use of health services in the context of maternal and child health.

Political and social significance of religion

The different churches and individual church representatives have different positions on political developments. In 2007, Pius Ncube, Bishop of Bulawayo, called on President Robert Mugabe to resign. The Catholic Commission for Justice and Peace in Zimbabwe had investigated the massacres in Matabeleland in the 1980’s and published a detailed report on it in 1997, which sparked political controversy. The Protestant churches are united in the Zimbabwe Council of Churches. They demand good governance, compliance with democracy and human rights, overcoming poverty and better supplies of food and medicine. In October 2008, the Zimbabwe Council of Churches (ZCC) founded the Evangelical Fellowship of Zimbabwe, the Zimbabwean Catholic Bishop’s Conference (ZCBC) and the Union of the Development of Apostolic Churches in Zimbabwe and Africa (UDACIZA) the Ecumenical Church Leaders Forum.

Various churches had already formed a dialogue forum in 2006. Besides dissident positions are available in the established churches and the Pentecostal churches vocal supporters of the policy of former President Mugabe and his successors, partly critical comments is. Conflicts in evangelical churches and sects are also partly politically motivated and reflect factional struggles in the ZANU-PF.

In August 2020, government officials attacked the Catholic Archbishop of Harare, Robert Ndlovu, after the Catholic Bishops had addressed the massive problems and human rights violations in the country in a pastoral letter and criticized the government. Protestant and Anglican bishops, the World Council of Churches and the Lutheran World Federation showed their solidarity.

Since the War of Independence and after massacres, traumatized people in particular have sought refuge in religiosity; there has hardly been any public reconciliation work or atrocities to come to terms with. The high AIDS death rates also necessitate the search for religious support. Dignified burials correspond to Christian and pre-Christian beliefs that are also socio-culturally significant. However, they require large sums of money. Attending funerals can lead to conflicts in working life. Church groups are important for widows and women who care for AIDS sufferers, especially since family ties are broken. However, a number of church leaders, especially in Pentecostal churches, spread regulating gender concepts. There are now men in the established official churches who who, as convinced Christians, call for an end to domestic violence and lead by example. The organization Padare, who founded Ecumenical Support Services Christians, does an exemplary job of combating violence.

In March 2020, World Women’s Day of Prayer is dedicated to Zimbabwe.

Today’s classifications to ethnic groups (82% Shona, 14% Ndebele as well as some small ethnic groups) and languages (CiShona, SiNdebele) are primarily the result of historical interventions and ethnicity constructions since the end of the 19th century: for the division into different ethnic groups and languages, the majority were European Missionaries responsible. They unified several Shona dialects into a new written language.

Before that, people defined themselves primarily through membership of political authorities. Ci-Shona-speaking people are still divided into subgroups such as the Ndau, Karanga, Manyika, Zezuru or Korekore. Forced colonial resettlement of the black majority in reservations intensified ethnic differences.

During the War of Independence, the regional allocation of residents of the western parts of the country to the ZAPU and the eastern areas to the ZANU tended to be accompanied by ethnic criteria, so that Shona-speaking members dominated the ZANU. However, there were also Ndebele-speaking fighters. In times of crisis and to maintain power, ZANU politicians and the media close to the government emphasized ethnic differences. The descendants of immigrants from Europe make up 0.3% of the population, but their share has been decreasing due to emigration and displacement since the violent farm occupations from 2000 and the economic policy aimed at indigenization. In addition, small Indian, Chinese and African minorities live in the country; they came as traders or workers and in the latter case as war refugees at different times. 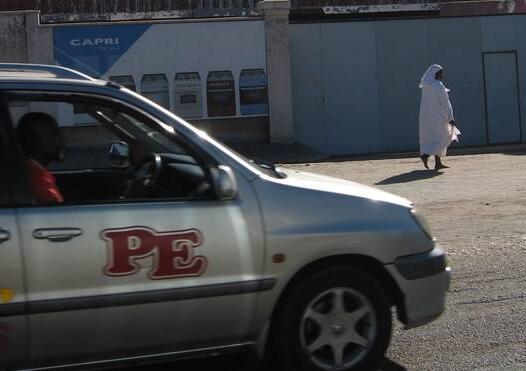