On April 13, 1964, Ian Smith took over the government with the Rhodesian Front, on November 11, 1965 he declared unilateral independence from Great Britain (UDI) and on March 2, 1970 the Republic of Rhodesia. Britain and the United Nations imposed sanctions. The Smith regime increased the existing settler racism, the use of state security forces and the course of confrontation against political representatives of the African majority.

According to cheeroutdoor, the Zimbabwe African People’s Union (ZAPU) was founded in 1961, from which the Zimbabwe African National Union (ZANU) split off in an internal power struggle in 1963. In the first military clashes between the guerrilla units of the ZAPU and ZANU against the Rhodesian army in 1966/67, the guerrillas were defeated. In 1972 the armed arm of the ZANU (ZANLA) started the War of Independence from Mozambique. On October 9, 1976, ZANU and ZAPU merged to form the Patriotic Front and, also under pressure from the frontline states, i.e. the neighboring and bordering states of South Africa under the apartheid regime, the ZIPA was founded from the armed wings ZIPRA (the ZAPU) and ZANLA (the ZANU). The military struggle for independence was professionalized.

Three months of negotiations between September 10 and December 15, 1979 in Lancaster House in London, which included ceasefire agreements, brought the hoped-for peace and a negotiated solution that paved the political path to national independence. The ZANU-PF won the parliamentary elections on February 14, 1980, in which all adult Zimbabweans were able to take part for the first time57 of the 100 seats in the National Assembly. Prime Minister was Robert Mugabe. His opponent, the ZAPU boss Joshua Nkomo, became a minister – but without his own department, two whites also came to parliament. Twenty parliamentary seats were reserved for whites. Zimbabwe became formally independent on April 18, 1980. Robert Mugabe served as prime minister and Canaan Banana became president.

Joshua Nkomo (June 19, 1917 – July 1, 1999) was revered as the “father of Zimbabwe”. He was born into a Kalanga family on the Matabeleland South reservation and attended mission schools. After training as a carpenter and teacher, he went to South Africa to study social work, where he met Nelson Mandela. In 1947 he returned to South Rhodesia and became chairman of the railway union. From 1952 he headed a regional branch of the African National Congress, in 1960 the National Democratic Party, which emerged from it. In 1961 he founded the Zimbabwe African People’s Union (ZAPU). Between 1964 and 1974 he was imprisoned in an internment camp by the Rhodesian government, along with political activists such as Robert Mugabe. Massive conflictswith Mugabe pervaded the political life of Nkomo.

Robert Gabriel Mugabe was born on February 21, 1924 at the Catholic mission station Kutama. His birth father was a craftsman who immigrated from Malawi (then Nyassaland) and his mother came from a local society. After graduating from school, he went to study at Fort Hare University in South Africa, but did not join the nationalist students there. At the end of the 1950’s he taught in Ghana, where he got to know pan-African visions. When he returned to Rhodesia in 1960, he rose to the Zimbabwe African People’s Union (ZAPU) and played a key role in the separation of the Zimbabwe African National Union (ZANU) from the ZAPU in 1963. In 1964 he was imprisoned for ten years along with Joshua Nkomo and other political activists.

After his release from prison, he dominated political posts in the guerrilla war against the Rhodesian army. He never fought with a weapon himself, but had his office in Maputo, the capital of Mozambique, for a long time. With political independence in 1980 he was first prime minister and defense minister. He was President of Zimbabwe from 1987 to 2017. He was accused of leading the country more and more autocratic. As a symbol of the gap between his claim to leadership and that of repression, massive corruption and citizens with basic care problems, the president’s expensive birthday celebrations, according to official figures, cost 700,000 euros in 2016. Shortly before, the Mugabe government applied for international aid worth 1.4 billion euros.

From November 14, 2017, a longstanding crisis over the succession in the presidency escalated. It had come to a head in the months before. The military advanced in the capital, Harare. President Robert Mugabe was placed under house arrest. Negotiations with military officials began. In the following days, former war veterans, opposition activists and various interest groups from civil society increased the pressure to resign. On Sunday, November 19, 2017, President Robert Mugabe was voted out of office as chairman of the ruling party at noon in a vote by the ZANU-PF Central Committee. In the evening it was announced in individual messages that he was going to be Resign President. Numerous media described a diffuse news situation and waited for possible decisions on November 20 and 21, 2017. On the evening of November 21, 2017, shortly before 6 p.m. local time (5:53 pm), it was announced that Robert Mugabe had resigned as President of Zimbabwe. 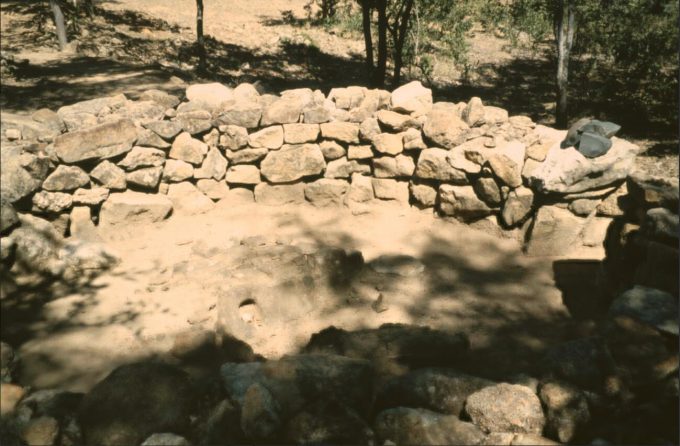