History of Zimbabwe Part I

Zimbabweans are proud of their history. This applies to the pre-colonial period, specifically empires that began around 1200 AD. and based on the long-distance trade in gold and ivory to the East African coast. Already around 1100 AD. Centralized political rulers emerged that prospered through long-distance trading networks, for example on Mapela Hill in the southwest of present-day Zimbabwe. Stone buildings, terrace architecture and pearl finds, whose origin is documented in South Asia, document the diverse technical achievements and networks – indirectly as far as the Indian Ocean. The monumental ruins of Great Zimbabwe in particular are impressive testimonies this time.

In addition, there is a pronounced nationalism that refers to the war of independence during the 1960’s and 1970’s. With the end of settler rule, many Zimbabweans hoped to overcome racism and discrimination in access to land, education and professions. Young women actively fought in the guerrilla groups; Middle-aged women secretly cared for these groups. Nevertheless, after political independence in 1980, social inequalities remained structural problems.

In the 1980’s and 1990’s, government and non-governmental development programs, often funded by foreign donors, brought tangible improvements in health, education and infrastructure in many parts of the country.

The main reasons for the economic and political decline from 2000 onwards were political mistakes and the illegal appropriation of large farms owned by whites. Politically motivated violence runs through the entire history of Rhodesia and Zimbabwe. According to businesscarriers, systematic attacks on opposition members before and after elections have escalated in the last few decades.

Archaeological evidence, especially rock carvings and excavations of buildings, prove a long history of settlement. Between 50,000 and 10,000 BC Groups of hunters and gatherers (Khoi-San languages) lived in the area between the Zambezi and Limpopo rivers.

In the course of the millennia, the culture, the forms of settlement and the economy changed: livestock farming, semi-nomadism and pottery were now formative. From 800 AD, other Bantu-speaking groups of settlers joined them, engaged in mobile hacking and processing iron ore in forges. Littered settlements were the common form of living.

From around 1200/1250 onwards, large empires developed which – similar to their predecessors, e.g. Mapungubwe south of the Limpopo River – controlled the long-distance trade in gold and ivory to the East African coast from urban centers. They imported silk, cotton and porcelain – prestige goods that came to Great Zimbabwe via the Indian Ocean from Arab countries, East Asia and China, for example.

The kingdom with the ruler’s seat in Great Zimbabwe (Dzimba gza mabwe dzima woye – house made of stone / venerable house) was followed by the Monomotapa empire in the north of the country (heyday around 1450-1650) and the Torwa empire (around 1480-1680) and the Rozwi Empire (approx. 1684-1834) in the west.

Around 1827 Ndebele groups came from the south to the southwest of what is now Zimbabwe. Their rulers had emigrated from the area of the Zulu Empire in what is now South Africa. The Ndebele also fled from the advancing British and Boers, especially since their frontier desperados repeatedly hunted children and cattle and sold them to the Cape Colony. The Ndebele settled in the Matabeleland named after them and demanded tribute payments from the residents there. In 1857 King Mzilikazi allowed the Scottish missionary Robert Moffat to do missionary work in his area.

In 1888-1889 the imperial British mining magnate Cecil Rhodes used a few tricks to secure mineral rights for the exploitation of mineral resources in Matabeleland. His British South African Company (BSAC) enforced these rights from then on by force.

In the war of 1893-94 the Ndebele fighters were defeated. They lost 86,000 of their 200,000 cattle, so an essential part of their livelihood was destroyed. In 1896/97 Ndebele- and Shona-speaking groups began fighting against the settlers, which went down in history as the first war of liberation (Chimurenga). After the crackdown, the spirit media Mbuya Nehanda and Sekuru Kaguvi were killed by the British; they had spiritually motivated the fighters.

In 1923, following a referendum by the settlers, South Rhodesia became a British colony with full self-administration of internal affairs – although this only affected the whites. Land laws from 1930 onwards secured the fertile and rainy areas for whites. The black majority of the population was left with just under a third of the country – arid regions with comparatively sterile soils. The Native Registration Act of 1936 required all Africans to wear a passport; Offenses were punished with forced labor. In 1946 the racist Liberal Party won parliamentary elections for the whites. The Native Land Husbandary Act of 1951 restricted agriculture and livestock on so-called “reservations”.

On September 3, 1953, Southern Rhodesia formed the Central African Federation with Northern Rhodesia, later Zambia, and the Protectorate Nyassaland, later Malawi, which was dissolved on December 31, 1963.

In 1961 a new constitution curtailed the rights of Africans, and their nationalist organizations and parties founded in the 1950’s were banned. 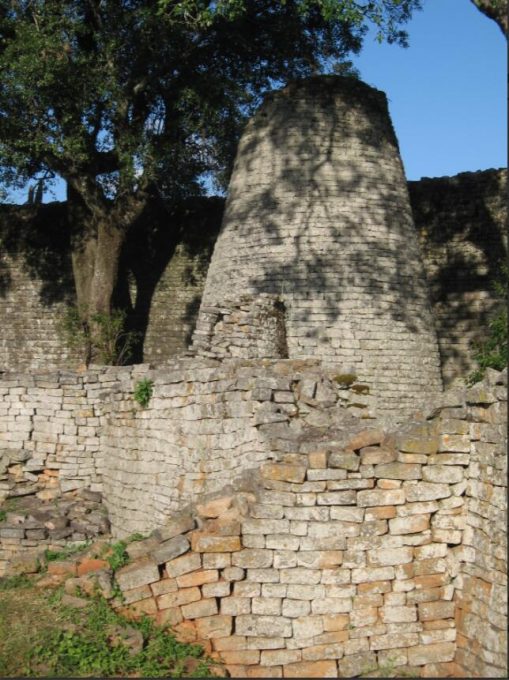