On November 18, 2017 was a big demonstration in Harare instead, which was organized by veterans from the Revolutionary War. There was also a demonstration in Bulawayo. The army was greeted euphorically. Some critical observers also pointed to the possible influence of the army on the demonstrators by distributing prepared posters with portraits of well-known generals.

Some media reports on possible scenarios for a political solution for the near future, including decision-making and voting processes within the ZANU-PF ruling party for the removal of President Robert Mugabe. The ZANU-PF Central Committee decided at lunchtime on November 19, 2017 to remove Robert Mugabe as party chairman. His wife Grace was removed from her position as chairwoman of the ZANU-PF Women’s League and expelled from the party. The ZANU-PF Youth League had also turned around and no longer supported the President’s wife and her internal party group G40, but Emmerson Mnangagwa and his so-called team Lacoste. Mnangagwa became interim party leader (first secretary) – until the extraordinary ZANU-PF party congress in December. President Robert Mugabe was given a day’s notice to resign.

Mugabe’s speech on the nation was broadcast publicly on the evening of November 19, 2017 and commented on by media representatives and political analysts. He did not give a declaration of resignation that was expected. On the morning of November 20, 2017, war veterans again called for his resignation.

At around 6 p.m. local time on November 21 (5:53 p.m., according to the government-affiliated daily The Herald), it was announced that Robert Mugabe had resigned as President of Zimbabwe. The parliamentary chairman read out the resignation.

According to ehistorylib, Emmerson Mnangagwa was sworn in as President of Zimbabwe on November 24, 2017. Political experts analyzed, contextualized and commented on the event, also with reference to his political biography as a colleague of Robert Mugabe in the fight against the South Rhodesian settler rule and as a long-time minister responsible for internal security. He should lead the country until the elections scheduled for late July 2018. Ex-President Robert Mugabe was granted immunity and he and his wife Grace were allowed to stay in the country and keep their funds. November 25tha High Court judge ruled that the military action was legal and not a coup. However, the removal of Emmerson Mnangagwa as Vice President of the country on November 6, 2016 was not legal.

On November 28, 2017, the composition of the new cabinet was reported, commentators assessed the selection of personnel critically, especially since controversial persons such as the Air Force chief Perence Shiri, occupied important ministerial posts. At the end of December Constantino Guveya Dominic Nyikadzino Chiwenga and Kembo Mohadi were sworn in as vice-presidents. Chiwenga had recently resigned from his military leadership positions. At the end of December he took over the post of Minister of Defense. Political observers assume that Chiwenga will become Mnangawa’s successor as President of Zimbabwe in the medium term. Critics criticized the high proportion of senior military personnel in the new government of Zimbabwe and in the political bureau of the ruling ZANU-PF party.

Elections took place on July 30, 2018. The conflicts between the parties had already intensified months earlier. For example, it was about the role of the chiefs and their encouragement for the previous ruling party ZANU-PF, which they had already given them with extensive gifts, for example in the form of off-road vehicles. There was also controversy and violence within the largest parties. The employment of so-called ” green bombers “, young ZANU-PF-loyal thugs with special training, in the large township of Chitungwiza near the capital Harare caused criticism. With the voters’ perspectives,Different journalists dealt with the chances and limits of the planned elections and an assessment of the situation a few weeks before the date. There are critical assessments from political analysts in the media. The viewpoints and perspectives of young people are also addressed selectively.

In response to massive price increases for gasoline and other fuels, as well as the ongoing economic, monetary and supply crises, unions called for a general strike in mid-January 2019. In addition to protests, thugs from youth party affiliated with the government fueled violence. Violence by security forces, especially from the military and men in uniforms, resulted in twelve deaths and numerous wounded – human rights organizations initially left over 242 injured – of whom 78 were firearms- out. At least 466 people – mostly young men, teenagers and 36 children – were arrested. In February 2019, higher numbers of documented victims of violence were published. Women and girls were raped by security forces, but they did not report the violence they had suffered for fear of further attacks. Media workers were also harassed by soldiers. Arrests, including the well-known pastor Ewan Mawarire, who is active in civil society, and the repeated shutdown of the Internet have been criticized by civil society groups. A network of non-governmental organizations and civil society initiatives called on the African Union and the European Union to mediate to end the violence of the security forces. Opposition representatives called for peaceful conflict resolution. Even political analysts and prominent opposition figures relative position. Both the European Union and the UN Human Rights Council condemned the massive violence of state security forces. President Emmerson Mnangagwa justified the violent crackdown at a public party event in mid-February 2019 and threatened future protesters. In August 2020 he threatened opposition members with aggressive rhetoric. 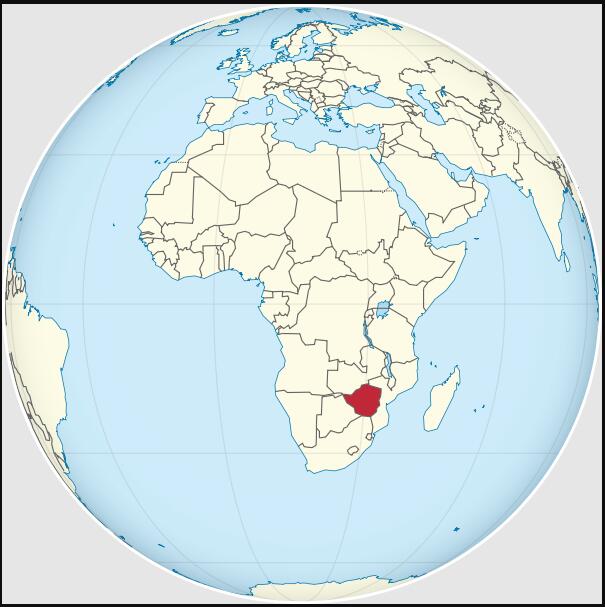