Zimbabwe Media and Freedom of the Press

The public reporting dominate state media: the television and radio channels of ZBH, newspapers such as The Herald (Harare, circulation 40,000 copies). And The Chronicle (Bulawayo, 22300 ex.). Weekly private newspapers are Zimbabwe Independent (22,000 copies), The Standard (15,000 copies), The Financial Gazette (9,000 copies) and The Zimbabwean (twice a week from South Africa and UK, 25,000 copies). The Weekly Mail and Guardian is from South Africa and, like many other newspapers, presents important articles in electronic form. Provides an overview of daily news Zimbabwe situation.

CNN, BBC and private entertainment channels from South Africa are broadcast on television. The reception of critical channels is apparently prevented with Chinese help. At the latest with the Access to Information and Protection of Privacy Act of 2002, the freedom of the press is severely restricted. In 2003 the popular daily newspaper Daily News was closed after two bomb attacks, including on the printing press. The editor Geoffrey Nyarota, who has received several international journalism awards, was arrested six times. In 1988/89 he and another investigative journalist uncovered a massive government corruption scandal. The so-called Willowgate scandalis considered an example of structural corruption from the first decade after independence. The newspaper was not approved again until 2010.

Critical journalists are threatened and intimidated, among other things by police officers and arrested. In March 2015, Itai Dzamara, who was captured by security forces and has since disappeared without a trace. Freedom of the press and freedom of expression are restricted. In 2008, the Mugabe government refused to report the elections to foreign news media such as the BBC and CNN. Zimferret’s investigative journalism website, which opened at the beginning of October 2017, only existed for a short time, as did the electronic reports by the dissident and pro-democratic civil society group Solokwane. In 2016 Afrobarometer published a study on Zimbabweans’ attitudes towards reporting on corruption.

In the Global Political Agreement, an opening of the media landscape was agreed, but this did not really take place. The new radio station ZIFM belongs to a ZANU politician and the second private radio station Star FM is owned by the state media group Zimpapers. Independent local radio stations are confronted with massive licensing problems.

Quite a few supervisory boards in the state media are former military chiefs. The director of the state media agency is accused of being responsible for assaults against journalists. The media commission set up in 2009 deals more with censorship than with promoting freedom of expression, according to UN human rights commissioner Navanethem Pillay. During her visit to Harare in May 2012, she also criticized the Broadcasting Service Act and the Access to Information and Protection of Privacy Act. In June 2014, the Constitutional Court sided with arrested journalists and criticized the Libel Act. The judges relied on the Zimbabwean Constitution of 2013. At the end of 2018 and in May and July 2019, the reform of the media laws took place and media policy requirements continued to be an issue, and the financing and independence of the Zimbabwe Broadcasting Corporation (ZBC) was also discussed.

According to estatelearning, the Zimbabwean government has signed the African Charter on Broadcasting and the Windhoek Declaration on Freedom of the Press. Therefore it should actually allow independent media. Nevertheless, the freedom of the press is considerably restricted: Zimbabwe ranks 126th out of 180 in the Reporters Without Borders World Press Index. In February 2013, the possession of (shortwave) devices for receiving independent radio stations was banned. All the more important is the work of the Media Monitoring Project, which analyzes the reporting and cooperates with journalists. The Media Institute of Southern Africa (MISA) observes the media situation in Zimbabwe from the perspective of the SADC countries. TheMISA Zimbabwe office is based on SADC and AU specifications and prepares studies on the media landscape in Zimbabwe and the status of freedom of expression / freedom of the press. It also takes a stand on government draft laws in the context of media policy. Her Zimbabwe, a website or blog for young women, existed for a few years; it was discontinued in mid-2018. CITE, the Center for Information & Technology in Bulawayo, broadcasted news and interviews on political and social issues through Vidoes.

In electronic communications, many people fear surveillance. Excessive user fees and new draconian media laws should already years ago, around 2016, severely restrict the electronic media and quickly criminalize users. Only a few commentators dare to comment, in exceptional cases in the sense of political satire. ZANU-PF now uses electronic media in a targeted manner to reach young people. However, despite a number of expansion programs, only a part of the country is equipped with appropriate lines (around 27.1% of the population were internet users in 2017). Between 2018 and 2019, the number of internet users fell for economic reasons and because of state repression. At the end of June 2019 it was 57.2%.

In January 2019, the internet was shut down for days and electronic media were blocked in response to a general strike and protests over large increases in gasoline prices.

During the curfew as part of the Corona crisis in April 2020, at least 5 journalists were imprisoned, and several others were harassed and ill-treated by the state security forces. Journalistic interest groups took legal action against it. In May, June and July 2020, attacks by state security forces on journalists continued, in some cases combined with torture and arrests, and at least twenty were documented. One of them was Hopewell Chin’ono, who publicly witnessed a massive corruption scandal in the procurement of medical aids in the context of the corona pandemic criticized. His lawyers fear for his life. After over forty days of pre- trial detention, he was released on bail on September 2, 2020, arrested again in early November 2020, and was due to be released on bail on November 20, 2020. 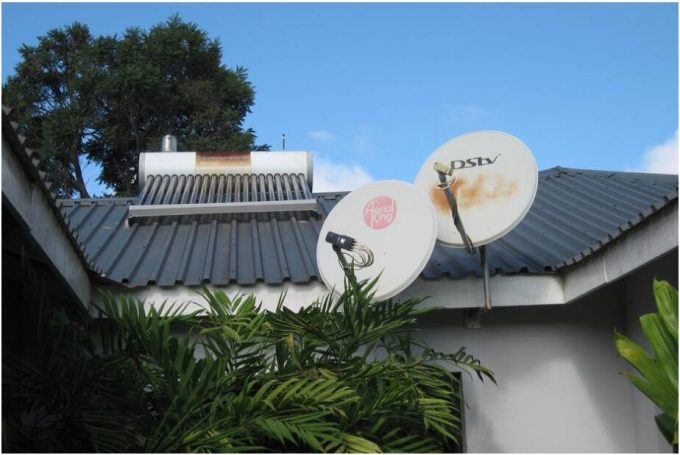