The climate is temperate. While there is a subtropical climate in the highlands, there are tropical temperatures in the lowlands in the south and north. The summer heat in the highlands reaches up to 30 degrees Celsius, in winter there can be night frosts. The average temperature in the capital Harare is 20 degrees Celsius. The rainy season lasts from late October to March. The annual average rainfall is 1000 mm; where in the lowlands fall below 400 mm, in the highlands over 600 mm and in the mountains over 2000 mm. The previous division of the whole country into five agro-ecological zones – based on rainfall and land use – is due to the consequences of climate change has become questionable and was officially adapted to the more arid conditions in September 2020.

Previous strategies for adapting to droughts based on local agro-ecological knowledge can only be used experimentally to a limited extent. The predictions of the state meteorological service are considered unreliable, which is due to decades of mismanagement at the national level – so the tenor. Because of the extent of the changes in different sectors and the vulnerability of large population groups, adaptation strategies in the areas of seed selection and variety diversity are essential, sustainable irrigation management and drought early warning systems are important, but in some places they are no longer enough. International donor organizations rely on resilience.

Non-agricultural income activities that are innovatively adapted to local conditions are necessary. Because recurring droughts affect agriculture, for example, the consequences of the drought at the beginning of 2016 included adverse effects on pasture management and livestock farming, in particular small-scale cattle farming. There were also significant crop losses. This mainly affects small farmers who do up to 70% of the field work. They can only apply their know-how to a limited extent, but their workload is increased; nevertheless, the yields are still insufficient todayfor basic family care. Children in particular suffer from this, especially since school attendance is made difficult, especially in rural areas.

The effects of climate change and its consequences on water resources are complex: For several years there has been torrential heavy rain in some places, and in February and March 2014 they created the risk of flooding. Heavy rain with floods also hit some parts of the country in early 2017 and 2019. This has resulted in deaths, injuries, resettlements, crop losses, and food and financial problems for smallholders.

Elsewhere, the water table is falling as a result of pronounced droughts. Large farmers depend on irrigated agriculture, for which they often damming bodies of water. There are evaluations of successes and problems for individual dams that are built and used by municipalities, including mismanagement. The consequences of climate change are affecting the dams. In many places, water shortage is an ongoing problem, and humanitarian reporting was alarmed about this in November 2019. Dams for the controversial and corruption-overshadowed private-sector ethanol production storing water exacerbates the problems of local farm producers. Conflicts have already arisen, especially when dams are forcibly relocated, for example in the south of Masvingo Province in Chisumbanje and at the Tokwe-Mukosi Dam (now renamed Tugwi-Mukosi Dam), although this dam and reservoir are not used for ethanol -Production is used in any other way that is economically efficient. In mid-2014, state security forces used force against displaced persons. They protested because they did not receive any vital government support that Human Rights Watch documented, which had been promised.

Climate and development policy approaches endeavor to find innovative rural adaptation strategies to the consequences of climate change. Adaptation strategies in the cities are largely lacking. In view of the population development there, they would be particularly necessary. Specifically, this also applies to the ruling party’s attitude to urbanization and people in informal urban settlements. Trade unions, for example, call for the expansion of renewable energies; with reference to legal and energy policy principles, they show the creation of jobs.

According to areacodesexplorer, the climate change affects Zimbabwe and neighboring countries. They are looking for solutions within the Southern African Development Community (SADC). This includes the regional exchange of information. In addition to networking at government level, non-governmental organizations also cooperate across borders. There is also regional cooperation in climate and environmental research, for example on the border rivers Limpopo and Zambezi. Employees of cross-border national parkslearn together to assess the consequences of climate change on site and to take appropriate measures. Their trainings were supported by the Society for International Cooperation (GIZ), among others.

The consequences of climate change affect the drinking water balance and access to clean water as well as rural development and the related food and poverty problems. The importance of local knowledge for seasonal climate forecasts and weather forecasts is discussed.

The climate legislation in Zimbabwe is analyzed in detail. In 2002 a law on environmental management was passed, which provided the basis for climate policy. The implementation of climate policy requirements remains a challenge. There are national guidelines, state programs and planning projects in different sectors that deal with the consequences of climate change. For example, they take into account the water supply. Nevertheless, a unifying approach would bewith clear political goals, as critical scholars from the region are calling for. Individual non-governmental development organizations and political foundations promote their conceptual exchange. State climate policy and its national and local implementation in Zimbabwe remain controversial. This also applies to the finances available. A detailed risk assessment by the World Bank on the consequences of climate change in Zimbabwe also deals with the institutional context and selected sectors, such as agriculture.

On 15./16. On March 16 and 17, 2019, cyclone Idai destroyed areas in the eastern parts of the country. Over 250 people died, about 200 were still missing days later, so the death toll rose to over 340. Aid deliveries were only brought to the settlements with a delay due to the very strong winds that made air transport difficult, and given the destroyed roads and bridges. In addition to impressive and spontaneous help from at home and abroad, including support in the face of several destroyed health facilities, the embezzlement of funds on a large scale,Party political corruption reported in the local distribution of relief supplies. Months later it became known that food from aid deliveries was rotting in warehouses, apparently mismanagement had prevented its distribution to the needy. UNICEF provided information about the consequences of the destroyed infrastructure, including the wells, health centers and schools, for children. The destruction in neighboring Mozambique was also enormous, with the port city of Beira being particularly hard hit. Numerous people lost their lives there. Some evaluations of the humanitarian programs provide information about their approach and results. There will also be international ones in 2020 recovery programs. 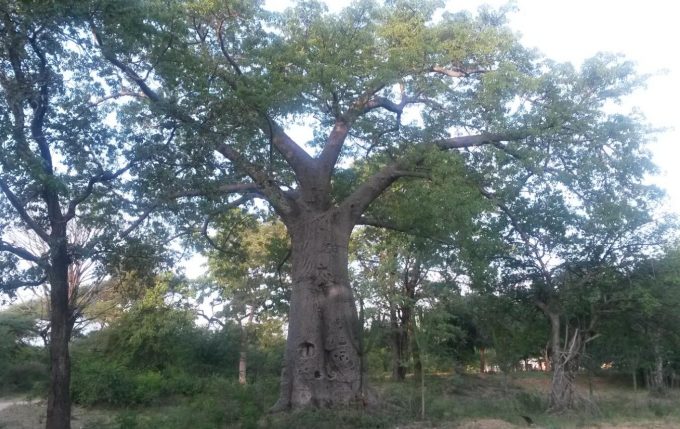