Zimbabwe lies between the 15th and 23rd parallel degrees south and the 25th and 34th longitude east. It is a landlocked country in southern Africa. The country’s area covers 390,757 square kilometers, of which 386,847 square kilometers are land and 3,910 square kilometers are water. Zimbabwe borders Zambia in the north and north-west. The 797 km long border is formed by the Kariba reservoir and the Zambezi River. Botswana is the western neighbor, the border is 813 km. South Africa is the neighboring country in the south. Here the border extends over 225 km – largely along the Limpopo River. The eastern neighbor is Mozambique, the 1231 km long border runs along the Eastern Highlands.

The Victoria Falls, which are among the largest waterfalls in the world, are a UNESCO World Heritage Site. There the Zambezi – the fourth largest river in Africa – plunges down to 108 meters and over a width of 1700 meters.

The Mana Pools National Park on the Zambezi in the north of the country is also a UNESCO World Heritage Site. The Kariba reservoir is the fifth largest reservoir in the world with 5,580 square kilometers of water. This 280 kilometer long lake can be used for shipping. In contrast, the rivers are not navigable because of their low water flow and rapids.

The natural beauties, including mountain formations and animal parks, and the cultural and historical heritage of Zimbabwe are internationally recognized.

According to a2zgov, Zimbabwe is divided into eight provinces, and the major cities of Bulawayo and Harare have provincial status. The seat of government is the capital Harare in the center of the country.

The Federal Foreign Office provides important basic information about Zimbabwe. The statistical country profile of the Federal Statistical Office for Zimbabwe is also rich in facts. The World Bank also documents detailed data on economic and financial developments. It refers to other relevant information from the International Monetary Fund (IMF / IMF) and the African Development Bank, which also offer their own country-specific data. In addition, the economic development of Zimbabwe is compared with other African countries. The UNDP report on indicators published by the UN Development Program in 2019 on human development provides up-to-date information on important development issues

Topographically, Zimbabwe is a highland that is also known as the “highveld”. It rises gradually from the southwest to the northeast and makes up most of the land area. The average altitude is between 1200 and 1600 meters above sea level. The highest mountain, Mount Inyangani at 2592 meters above sea level, is located in the Nyanga National Park in the east of the country. The Chimanimani National Park is also in the Eastern Highlands, and extends along the border of Mozambique. It is characterized by its cool, foggy climate and its own mountain vegetation with a great variety of species.

The highlands in the north falls into the Zambezi Valley and in the south to the Limpopo river valley from. The vegetation is mostly characterized by a dry savannah. About 20% of the country is considered a lowland, which is also called “Lowveld” and lies at an altitude between 162 meters and 900 meters above sea level.

In Zimbabwe, the vegetation zone that dominates the landscape is the savannah. Depending on the altitude and rainfall, it is dry, tree or shrub savannah. While in the dry savannah acacias and so-called baobabs (Baobab) are characteristic to grow in the more humid altitudes teaks and mahogany. Zimbabwe has a great variety of plants, including different types of grass. The government signed the international biodiversity convention and published a national action plan and an implementation strategy for the conservation of biodiversity in 2014. Some research explores biodiversity and species protection at the local level. In development cooperation there are projects to preserve many varieties as well as to preserve fertility and soil moisture through minimal tillage; here the seeds play a major role. Regional exchange is one of the project activities in some places. In addition, some projects and practice-related research pursue an integrated approach by combining the conservation of biodiversity with institutional considerations.

National parks protect flora and fauna. Their share of the country’s area is over 11%. Over 300 different species of mammals live there. In addition to lizards, over 500 species of birds and 130 fish enrich the animal kingdom. Wildlife and national parks are affected by drought. There is cross-border cooperation between the park administrations, for example in Gonarezhou Park with Mozambique and South Africa. Zimbabwean authorities also work there with the Frankfurt Zoo.

Outside the national parks, individual projects developed strategies for the careful and sustainable use of flora and fauna in cooperation with the local population. This applies to beekeeping and beekeeping, for example. The beekeepers prevent the forest from being slashed and burned. The illegal shooting of wild animals – also in the parks – is a problem that can be traced back to the consequences of climate change and the economic crisis, specifically to rampant poverty, and has to be tackled by local rangers, above all by pursuing the poachers. International – mostly criminal trade links, in which state security forces are also involved, must be taken into account in the context of rhino and ivory smuggling. The national elephant management plan is also relevant. Abuses during the transport of elephants en route to China are not only criticized by animal rights activists. Controversies escalate amid increased sales after droughts. 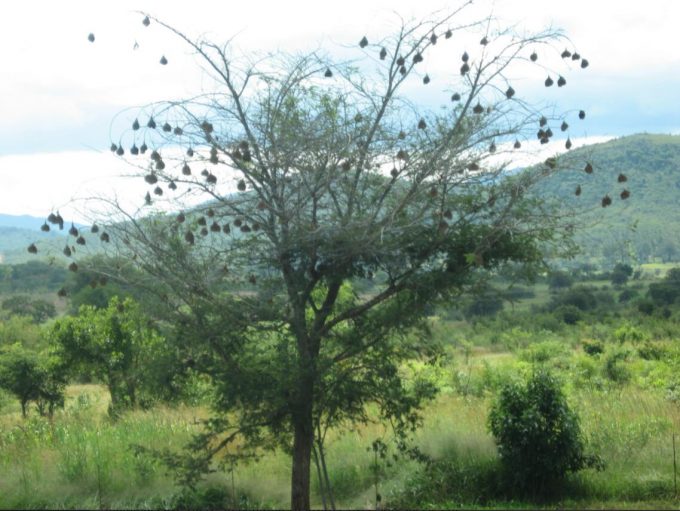